Somewhere in Cameroon, a young man we will fictitiously call Thomas stole a few electronic devices from a lady's house. Caught by one of the lady's relative, Thomas was severely beaten before being arrested by the police. Here starts the long story of a 16-year-old boy victim of the unadapted and slow Cameroonian judicial system.

Although a minor should never be thrown in prison according to Cameroonian law, Thomas has just celebrated his seventeenth anniversary this week, among his minors inmates, hardly separated from the overcrowded adult cells. Imagine how joyful can a birthday be in a place where even teenagers have to struggle for their daily food. And try to explain why a presumed innocent young man can spend eight months in prison, being called every since and then to attend to the repeated adjournment of his trial.

Thomas' family, back in the village, is lost in the complexity of justice. Not long ago, the complainant proposed to Thomas' father, living modestly from his work as a bricklayer, an amicable settlement: the withdrawal of the complaint for the equivalent of 20$. Hoping to see his son out of the prison as soon as possible, the father gathered his resources to pay what the complainant demanded. It did not bear fruits, given that the woman disappeared with the money, maintaining the judicial proceedings. Since that event, the father was not able to visit his son, lacking money to take the 45-minute ride from his neighborhood to the prison. When an NGO eventually brought him to sign the bail for his son to be released until the beginning of the trial, the file was nowhere to be found in the court registry - "come again tomorrow".

These days, eight months after Thomas' arrest, the officials in charge of the investigations declared the preliminary steps as finished and assigned Thomas' case to a court, cancelling the option of a release on bail. Nevertheless, due to a mistake on their side, Thomas has been committed to trial at the wrong tribunal, the one for adults. The simple transfer of his file to the appropriate court is likely to last for one more month - and then at last, the slow process of a proper trial is going to begin.

How come that a minor can be left on his own in a prison? How can one explain why he and his family have not been informed that there are ways to enforce an amicable settlement which was not respected? Why is legal aid not provided to a family which cannot even afford to pay a visit to its son? By how many weeks can a stupid mistake by an absent-minded civil servant extend somebody's remand? How would a year in prison influence the rest of a teenager's life? As long as these questions are to be asked, the Cameroonian judicial and penitentiary system have a long way to go.

A Follow Up Report On Human IS Right's Gender Project 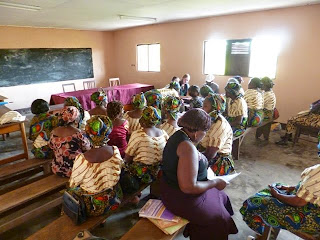 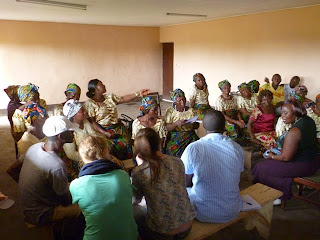 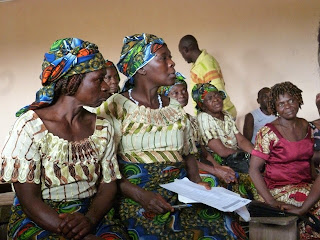 At last, we have reached the midway point in one of our projects! Our aim, until October 2014, is to help men, women, and children in Ekona town receive official documentation, such as marriage, birth, and death certificates, to help make their lives easier in the future. Because of the rural location of Ekona, and lack of a civil status center in the local area, many people lack these documents which are so important to their future wellbeing. Birth Certificates ensure that parents can apply for benefits for their child, and also help the child in question claim inheritance once his or her parents have passed away. Death Certificates are obviously needed to prove that the person in question is actually deceased, so that their closest relatives can inherit from the deceased. Marriage certificates ensure that should a husband die, his widow and children will not lose even more than they already have; by losing their rights to own and work the late husbands land, their home, because they cannot prove their relationship was legalised, something which is sadly a common grievance here in Cameroon.

In the most recent meeting, we met with the couples who wish to take part in a mass marriage we plan to hold here in Ekona (currently involving 22 couples) so that they can get officially married and legally registered on the same day. We talked with a representative of Muyuka Council, who is looking to assist us in possibly waivering a part of the registration fees set by the government, and talked with the nearest Registrar available who informed us what paperwork would be required to allow the mass marriage to take place. With the blessings and well wishes of the local chief, the helpful assistance from the representatives of the state council and the registrar office, and the hard work of the Ekona Womens Group Malingo Women), we hope to have many joyful pictures coming your way soon.