Advocating for Human and Civil Rights 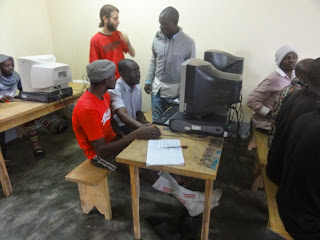 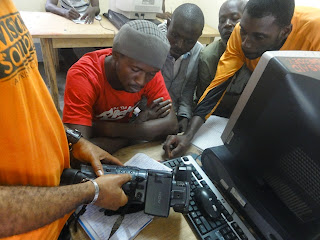 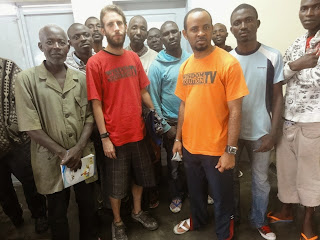 For the past months, Human IS Right team has been working closely with different government public offices such as the Buea central prison, the National Commission on Human Rights and Freedoms, the Focal Integrity Team for Cameroon, Njilla Esq law chambers, Wisdom and Solution…to investigate the human rights situation in Buea, to advocate and promote, amplify the voices and efforts of the Cameroon government and different communities to promote human rights and social justice.

Through the Amazing works of our incredible volunteers and interns, we have done amazing works in putting to light human rights abuses in the Buea central prison, provide training to inmates on computer maintenance and camera repairs with our partner Wisdom and Solutions. We have also been supporting the hard work of the Borstal Institute by providing social educators to train and support socially maladjusted children in the reinsertion process.

Creating awareness on issues considered as "tabou" in our society such as violence, abuse and social discrimination, delayed justice, illegal and arbitrary detention…has not been easy task for Human IS Right; but we are glad to say that it has been an amazing journey, one that we have gladly contributed our all, ensuring to make an impact by raising awareness in solidarity with our cause.

Human IS Right is appealing to all its supporters, members and friends to support our hard work either by volunteering with us or by making a generous donation to support our work.

Cameroon: Transparency International Attributes the POLICE corps as the most corrupt in Cameroon

In a report released, Transparency International identifies 12 most affected areas.

Key findings of a survey by the Global Corruption Barometer (GCB) of Transparency International (TI) for 2013 say 46 per cent of Cameroonians believe the canker worm has increased while 24 per cent think it has not changed. Sectors like the police, judiciary, education, political parties, military, medical corps, parliament, religious bodies and media have been singled out as the most corrupt in the country.

While police is reported to be one of the most corrupt institutions in Cameroon with 86 per cent of respondents saying so, the judiciary follows closely with 81 per cent while the education sector and public officials (Civil Servants) counts 72 per cent. However, NGOs, religious bodies and the media tail the chart as bodies involved in corrupt acts.

The survey was presented to the press in Yaounde on July 9, 2013 by Transparency International Cameroon (TI-C). It however shows that the public is increasingly willing to engage in the eradication of the curse. The GCB was carried out this year by 114, 000 respondents from 107 countries, including Cameroon.

The survey was conducted in Cameroon on August 16, 2013 through a computer assisted face-to-face survey. Results revealed that 94 per cent of people interviewed said they would act against corruption by taking actions like signing a petition asking government to do more to fight the ill, taking part in a peaceful protest or demonstration against corruption, buying goods from a company that is corruption-free and spreading the word about the problem on social media. Over 74 per cent of Cameroonians accepted they would report an incident of corruption.

Transparency International (TI) is the largest opinion survey on corruption conducted worldwide. With regards to the survey in Cameroon based on demographical information of July 2012, 1,000 people were randomly sampled and interviewed from the 10 regions of Cameroon on their perception of corruption in the country as well as government's efforts to fight it. The target population is aged 18 and above.